The Minister for  the Ministry of Agriculture, Food, Forests and Fisheries Hon. Semisi Tauelangi Fakahau confirmed Agriculture show schedules for 2017.

With the theme:  “’Api Fa’a Toe Tu’u ai ‘a e Teve”  it would make people understand the impact of climate change and promote the pillars of climate change which includes sustainability, resilience, adaptability and mitigation.

The main aim of the show is to promote agriculture in the economy and in the country to showcase the contribution of the sector and also encourage more farmers into farming.

This is the opportunity to promote  Livestock, Handicrafts, Product Made in Tonga, Fisheries and  and crop production for small holder farms and commercial farmers around Tonga, also this  programme gives them the opportunity to strengthen their relationship with stakeholders and civil society organisations.

The show will have farmers awarded in their respective fields, display of animals, and oratory contest.  The Agriculture Show is in annually running.

We want to acknowledge the support of ALL our sponsors and business houses who will make this show a reality for us. 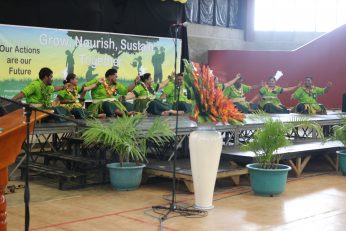