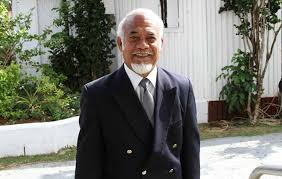 As an Adviser (Agriculture and Fisheries), he was responsible for the planning, development, administration and management of fisheries and agriculture development assistance programmes (85% fisheries and 15% agriculture) that were delivered in the 49 Commonwealth developing member countries in Africa, Asia, Caribbean and South Pacific regions.

Started work with the Government of Tonga in 1972 as a Agriculture Extension Officer.  Joined a fisheries expert from the United Kingdom and two other local staff in 1973 to establish the country’s first Fisheries Division within the then Ministry of Agriculture and Forestry. Became the head of the Fisheries Division, as Principal Fisheries Officer,during 1982 – 1990.

There is no gallery selected or the gallery was deleted.